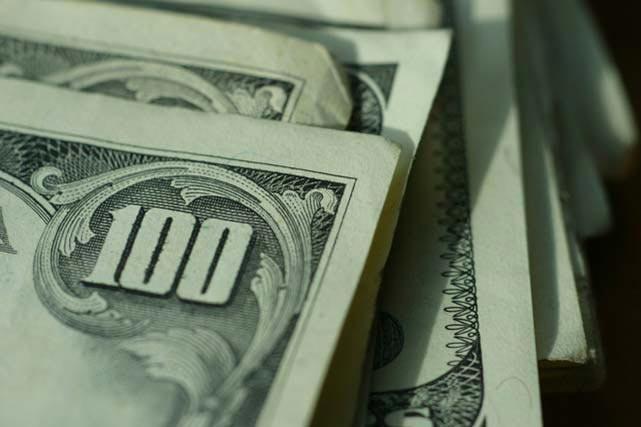 The Pound US Dollar (GBP/USD) exchange rate has experienced some volatility this morning, as the UK’s retail sales report and PMIs have surprised investors.

Meanwhile, an improved market mood weighs on the safe-haven US Dollar (USD) after struggling Chinese firm Evergrande finds the funds for a missed bond payment.

The Pound (GBP) initially fell against the US Dollar this morning, after the UK’s retail sales in September unexpectedly contracted.

Domestic sales in the UK were expected to rise by 0.5% in September, but instead they shrank by 0.2%. The results mean that for the first time since records began in 1996, retail activity contracted for five months in a row.

Some argue that the ongoing decline in sales suggests that the UK’s economic rebound is faltering.

‘The 0.2% m/m fall in retail sales volumes in September (consensus 0.5% m/m) offers more evidence that the economic recovery is fast running out of steam.

‘Indeed, this fall came despite the panic-buying related 2.9% m/m rise in petrol sales last month; retail sales volumes excluding fuel fell by 0.6% m/m. Given the backdrop of continued shortages and rising COVID-19 infections, we suspect that retail sales growth will continue to be weak in the coming months.’

The Pound then bounced back after the UK’s flash CIPS/IHS Markit PMIs for October beat expectations. Both manufacturing and services activity unexpectedly improved, suggesting that the UK’s economic recovery gained momentum in October after the slowdown in September sales.

Services climbed to a three-month high, as the rollback of pandemic restrictions continues to give the sector a boost, while manufacturing rose to a two-month high.

However, factory output actually fell to an eight-month low of 50.6, which is worrying close to stagnation (a score of 50). Manufacturers reported that severe shortages of staff and raw materials continue to hobble production, while a drop in exports also weighed on output.

‘It seems the two sectors were recuperating at different speeds in October resulting in a lopsided recovery in the UK economy. The services sector had the most productive month since July in terms of output and with new orders the highest since June. Whereas browbeaten manufacturers were again struggling to maintain their momentum leaving their customers unsatisfied as the balance between supply and demand in skills and materials remained skewed.’

Thanks to this fairly positive data, particularly from the service sector, the Pound managed to rebound against the US Dollar.

Meanwhile, the US Dollar is subdued today as a risk-on market mood dampens demand for the safe-haven currency.

The improvement in market mood came as the indebted Chinese property giant Evergrande – whose situation has been weighing on market sentiment in recent months – has come up with the money to pay an $83.5m bond interest payment that it missed last month.

The payment comes at the eleventh hour of a 30-day grace period, after which the company would have defaulted.

Earlier this week, a key sale of Evergrande assets fell through, sparking concern that the company would struggle to find the funds to pay its creditors.

But the overnight announcement of the latest payment came as a positive surprise, as many analysts had expected a default. Some are now hopeful that Evergrande will be able to find the funds for additional future repayments.

As such, the Asian market brightened, with the upbeat market mood spilling into the European session. This in turn has spurred investors to abandon the safe US Dollar in search of higher-yielding assets.

Looking ahead, the Pound US Dollar pair may experience more movement as markets adjust to the mixed UK data.

The UK reports could also affect how traders price in the probability of a Bank of England (BoE) rate hike. The PMIs showed that inflationary pressures were a huge concern, with increased costs being passed onto consumers. However, both the PMIs and the retail sales figures suggest that the UK’s economy is bumpy and uneven at best, while a resurgence in Covid cases could further hobble the rebound.

Risk appetite will also affect the pair as the day unfolds. If the current upbeat mood remains, GBP/USD could trade in a narrow range.

USD investors will also be looking to the American PMIs this afternoon. Could more surprise results affect the Pound US Dollar pair?