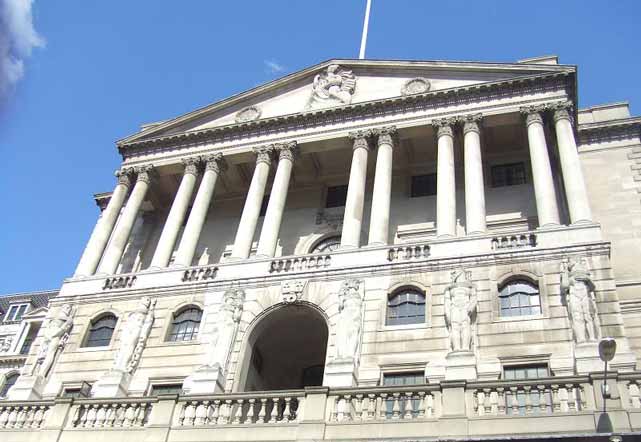 The GBP/CAD exchange rate nosedived today following the Bank of England’s (BoE) announcement that they would leave interest rates and asset purchasing at record low.

The rate continued to fluctuate throughout Governor Andrew Bailey’s speech before stabilising. As of time of writing the Pound Canadian Dollar exchange rate is at around $1.6813, which is -0.81% down from this morning’s rate.

The Pound (GBP) has fallen drastically against its rivals today as the market reacts to the BoE’s decision to keep interest rates and quantitative easing unchanged. Alongside this the UK’s economic growth forecast for the remainder of 2021 was cut to 7%, while the forecast for 2022 was cut to 5% from 6%.

The central bank’s decision to keep rates at the lowest in its 328 year history was met largely by surprise in the markets, as reports prior to the announcement had implied the BoE would adopt a more hawkish stance on monetary policy to combat rising inflation.

Andrew Bailey, governor of the BoE, reiterated throughout his speech to media that these inflationary pressures, such as reduced consumer spending and supply bottlenecks, were only transitionary and would not be alleviated through interest rate hikes.

There is still a possibility of a rate hike later in the year however, as the BoE made it clear that interest rate rises could still come from one of the monetary policy committee meetings (MPC) in December or February.

‘The statement does its best to swerve the view that the bank has been caught saying one thing and doing another, arguing that rates will have to rise in coming months, but the 7-2 vote suggests it might take a while to shift the balance of opinion on the MPC. This will be welcome news for homeowners, but markets will wonder if the Bank of England has the necessary steel in the months to come to contemplate the needed rise in interest rates.’

The Canadian Dollar has seen a fresh boost today as the price of crude oil stabilised ahead of today’s Organization of the Petroleum Exporting Countries (OPEC) meeting.

OPEC and its allies have agreed to continue to raise oil output by 40,000 barrels per day as planned, despite pressure from the international community and soaring petrol prices. Reaction to this news may well drive movement in the Canadian Dollar.

Canada’s balance of trade report may also have driven movement of CAD today, as the country’s trade surplus rose to $1.86B which was below forecast. Exports were expected to rise as well but came in below forecast at £53B, which will be seen as a blow to the commodity-tied ‘Loonie’.

The BoE’s interest rate decision and the accompanying fallout are likely to continue to be the main driver of the Pound’s movement over the coming days. The markets were seemingly not expecting the central bank’s decision so GBP may continue to be volatile.

Tomorrow brings two speeches from MPC members; Ramsden and Tenreyo. Whilst Tenreyo voted with the majority to keep rates unchanged, deputy governor Sir Dave Ramsden was one of only two members to vote for an interest rate hike. Reception of his speech could drive further movement in the Pound.

For Canada, significant data comes tomorrow in the form of employment figures and the Ivey PMI. Unemployment in Canada has fallen for four consecutive and whilst the rate is forecast to stay level at 6.9%, a drop for a fifth month could promote further movement for CAD.

The Ivey PMI, which is seen as an indicator of economic activity and business confidence, is also forecast to fall to 65 which may prompt more risk-averse trading in the Canadian markets.