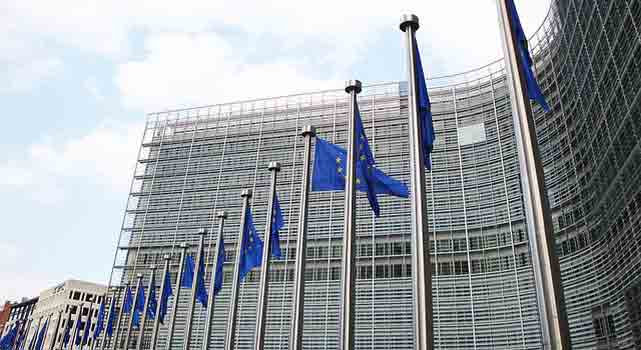 The Pound Euro (GBP/EUR) exchange rate has climbed slightly over the course of today’s session as the Euro weakens against the Pound. The Euro is looking slightly weaker today as confidence in the currency is potentially undermined by current events on the Belarus-Poland border.

As of time of writing the Pound Euro exchange rate is at around €1.1693.

The Euro (EUR) has dipped slightly today, as the ongoing border dispute between Belarus and Poland threatens to affect energy supplies for the bloc.

Poland, as well as other EU member states such as Estonia and Lithuania, claim that the Belarusian government has enabled thousands of refugees to travel from the Middle East to the EU border in an attempt to destabilise the bloc. They also claim this has been done in retaliation to sanctions imposed on Belarus last year, a claim that Belarus strongly denies.

The threat of further sanctions against his government has prompted Belarusian leader Alexander Lukashenko to threaten to cut off the access to gas pipelines that run through the country, a move that could see energy prices pushed even higher.

The Euro (EUR) has also seen a week of positive data however, which may have helped mitigate any losses related to current events. Confidence in the zone’s economy rose well above forecasts to 25.9, industrial production also rose above forecasts, and inflation for the bloc’s largest economy Germany printed exactly as forecast.

The Pound (GBP) has ticked upwards over the course of the session amid news that economic growth in the UK has slowed significantly.

The UK’s GDP grew by 1.3% in the third quarter, but this represents a slowdown in comparison to the growth of 5.5% in the second quarter. Services helped to the UK’s growth positive, as they registered a 30% jump largely attributed to increased custom in hotels and restaurants.

The UK’s trade deficit widened further to £-2.8bn after having regained some lost ground in the previous month. Whilst this was well under forecasts of £-3.4bn, exports to the EU have continued to fall whilst imports of oil from non-EU countries has risen.

It’s likely Sterling’s movements have continued to be affected by Brexit-related headwinds, as the latest round of talks between the UK and EU regarding Article 16 begins today.

European Commission vice-president Maroš Šefčovič will meet UK negotiator David Frost today after the UK rejected the EU’s offer of removing checks on 80% of goods crossing the Irish Sea. On Wednesday, Frost spoke in front of the House of Lords and gave his opinion on the matter:

‘In my view, this talks process has not reached its end. Although we have been talking nearly four weeks now, there remain possibilities that the talks have not yet seriously examined, including many approaches suggested by the UK.

There is more to do and I will certainly not give up on this process unless and until it is abundantly clear that nothing more can be done. We are certainly not there yet. If, however, we do in due course reach that point, the article 16 safeguards will be our only option.’

Looking ahead to next week, significant data is expected for both currencies. UK inflation is forecast to rise even further to 3.9%, whilst employment is forecast to show a fall from 235K in work to 195K.

This is likely to cause fresh movement in the Pound, as rising unemployment may open up speculation of an early interest rate rise by the Bank of England (BoE) and prompt bets by investors. The more dovish board members of the central bank had previously stated that they were waiting on fresh employment data before making a decision on interest rates.

The ongoing negotiations regarding Article 16 between the EU and the UK are likely to continue to generate headwinds for Sterling. If negotiations prove unproductive then expect volatility in the Pound.

The Euro Area will also see a fresh wave of market data next week. The balance of trade for the zone is forecast to grow to 20.7bn with employment expected to rise to 2.2%.

Most importantly for investors however is next week’s data on the Euro Area’s inflation rate which is forecast to rise to 4.1%. If final printed figures reflect this, there is likely to fresh movement in the Euro as investors put pressure of the European Central Bank (ECB) to raise interest rates early to combat rising inflation.

The border dispute between Poland and Belarus is also likely to continue to affect EUR over the coming days.