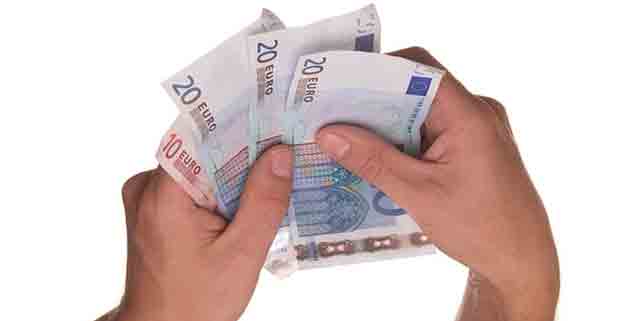 The Pound Euro (GBP/EUR) exchange rate is trading close to two-week lows today. The European Central Bank’s (ECB) interest rate is likely propelling the currency pair lower. The ECB rose interest rates by 0.5% which came as a surprise to markets. Further woes for the UK economy may also be contributing GBP/EUR’s falls today.

At time of writing the GBP/EUR exchange rate is at around €1.1699, which is down roughly -0.5% from this morning’s opening figures.

The Euro (EUR) is making strong gains today after a 0.5% rate hike from the European Central Bank. The move surprised investors as many had been expecting a smaller move of 0.25%.

The rate hike came as the central bank’s first since 2011 amid soaring global inflation, the war in Ukraine, and potential energy crisis in Europe this winter. Alongside the announcement, the ECB signalled that additional rate hikes in the future would be ‘appropriate’.

The central bank also sought to give justification for the larger than expected hike. The ECB stated that front-loading the exit from negative interest rates would allow them to utilise a ‘meeting-by-meeting approach to interest rate decisions.’

‘The ECB has put new life into the euro with its surprise 50bps rate hike, and its strong words on its new crisis-fighting mechanism are designed to add to the sense that the central bank is serious about confronting the twin challenges that it faces.’

The single currency could see its gains limited by continued fears of a Eurozone recession, however. Gas supplies across Europe remain limited after Russia restricted the Nord Stream 1 pipeline’s output by 40%.

A risk-off market mood is seeing the Pound (GBP) slip against its safer rivals today. Sterling is likely also seeing losses after the UK government’s borrowing rose above-forecasts to hit £22.9B in June.

Soaring inflation is thought to have been the main driver of the increased borrowing costs. The UK government’s budget deficit is now expected to reach more than £100B in 2022, close to double its pre-pandemic level.

The figures also poured cold water on proposals by candidates in the Conservative leadership contest to cut taxes drastically.

Speaking on the figures, Ruth Gregory of Capital Economics said:

‘June’s public finances figures provided more evidence that the government’s fiscal position is worse than the OBR predicted back in March. This may limit the ability of the next Prime Minister to provide more relief for households when a further rise in CPI inflation from 9.4% in June to around 12% in October worsens the cost of living crisis.’

Looking ahead to the rest of the week for the Pound, Friday’s retail sales figures will be in sharp focus for investors. If they fall as forecast, then it could increase fears of vulnerability in the UK’s overall levels of demand and pull Sterling lower.

Also on Friday, a drop to private sector growth could also dampen confidence in GBP if PMI figures print as expected.

For the Euro, PMI figures on Friday are forecast to show a fall in private sector growth across the Eurozone. German PMI figures, the trading bloc’s largest member, are also set to fall which may prompt a dip in the single currency.

Response in the markets to the ECB’s interest rate decision could also continue to influence the Euro’s movements today.